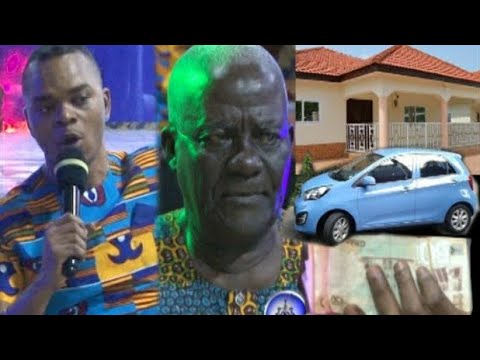 Founder and leader of the International God’s Way Church, Angle Bishop Obinim has given his hundred percent support to Kumawood actor, Paa George during one of his sermons.

Obinim called the actor and prophesied there is an impending attack on him where he will get sick and be confined to bed, but he quickly added he will pray and avert the doom.

After Obinim had said that, he asked what could make the veteran actor happy?

Paa George noted he would be happy if he could get his own house to live in.

According to him, he’s been renting an apartment all his life, even at 84. He noted he would be fulfilled if he could get a house and leave it as a property to his 4 children and wife before he dies.

Obinim hence gifted him GHC 10,000.00, a salon car and also promised to give him the house he requested for.