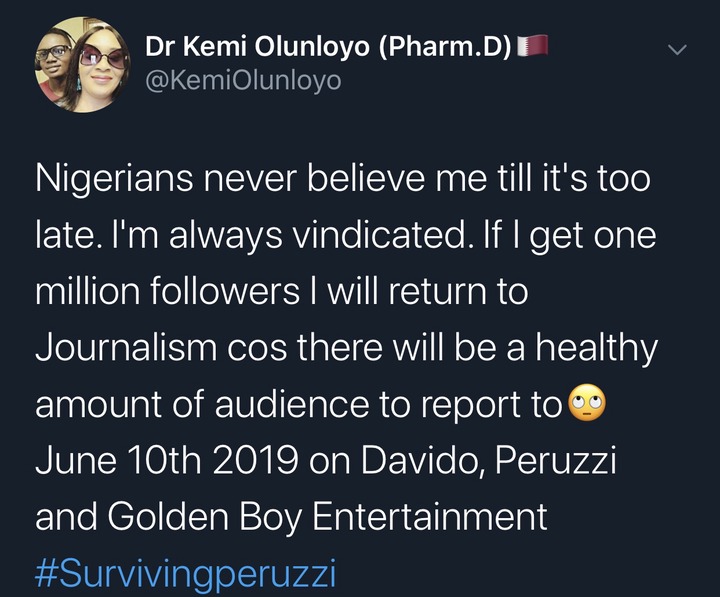 Sometimes ago, Kemi Olunloyo made a revelation concerning Davido’s fiancé Miss Chioma not been faithful to Davido but love blinding the Nigeria singer not to see or makes further findings, he reacted back at the journalist harshly on twitter and making a joke off the warning.

Recently, similar story popped up from another source which took all over the social media and blogs. Seeing all the rumors, it’s believed David is currently in doubt if he’s the biological father of the child Chioma had for him few months ago. David went on twitter to apologize to Mrs Kemi Olunloyo, to show he was wrong not taking to her words and warnings.

Somewhere on Instagram too Chioma the Fianceé of Davido also shows us a video of Davido and her alleged pimp having fun time.

Who do we believe now? Let’s wait and see how these brouhaha unfolds.

Prince Kofi Amoabeng, together with five other persons have been slapped...

‘Having Sugar With Older Women Is More Enjoyable Than Younger Women’-...

I Plan To Have As Much As Six Children For My...

Becca bleached her skin just to impress her Nigerian husband