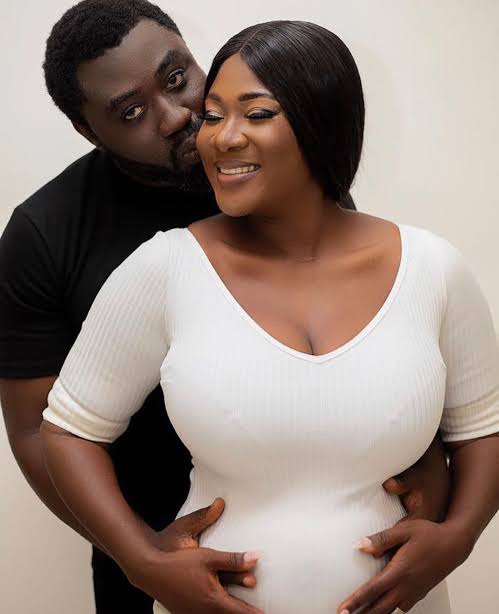 Heavily pregnant Nollywood actress Mercy Johnson Okojie has revealed why she is cutting back on her plan to have more children.

The actress who planned to have 6 children has now revealed why she is stopping at four.

The mother of 3 who is eagerly awaiting the birth of her 4th child admitted in a recent chat that she loves children because she enjoys playing with them.

In her defense of her 4th pregnancy which critics are calling her out for, the actress said;

“I’m obsessed with children while growing up I always had dreams of having four so we have to complete the equation so we can play football correctly with 3 boys and 3 girls.”

The Nollywood diva came under fire over the circumstances surrounding her controversial marriage to a father of two who dumped his wife and children in Toronto, Canada to marry her years ago.

That is the only issue many have with the talented actress.

Many are of the opinion that she planned to use plenty kids to tie down her husband.

Don Little Is Refused An Alcoholic Beverage In the USA

King of Swaziland Mswati buys his 15 wives a Rolls...

The future steps of Scala – What to expect from upcoming...

We’ll create opportunities in Ghana and change the thought process –...