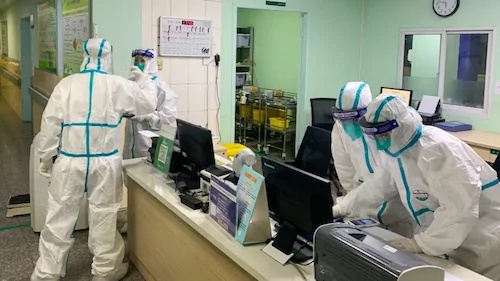 The Municipal Chief Executive for Ayawaso North, Aminu Mohammed Zakari confirmed this in a live broadcast on Sunday afternoon

The MCE indicated that 10 of the recorded cases are in critical condition.

Some of the areas around Ayawaso North that have been affected by the coronavirus are Newtown, Mamobi, and Nima.

Also, a brief released by the Ayawaso North Municipality on the development indicated that the new cases were recorded as a result of the contact tracing exercise and subsequent testing.

“Through contact tracing and subsequent testing, the infected cases in Ayawaso North Municipality ( Mamobi East, Mamobi West and Kwao Tsuru/ Accra New Town, has risen from 2 cases as of last week, to 31 cases this afternoon. We are monitoring that of Ayawaso East Municipal” the release said.

The MCE, Aminu Mohammed Zakari urged all persons within the said environs to stay home to avoid contracting the virus.

“Let us be very careful, stay at home, please. We are monitoring that of Ayawaso East Municipal Assembly,” he said.

Myjoyonline.com indicates in a news report that the new cases were detected after contact tracing 44 people who came into contact with the first confirmed case in the region on April 3, 2020.

It is indicated that contact tracing has started to identify everyone the three people came into contact with as all three of them have been put in isolation.

We Played Gala With Your New Wife; You Used Your Money...

“From Tema C.9 to #BETHipHopAwards19; you are the man”-Tracy Sarkcess praises...